Oh, Russia. Just when we think you’ve calmed down a bit, you spit in our eye and decide to go all antagonistic again. There’s no Cold War excuse left now, you’re just being a bit of a jerk. So where do we start with the latest hubbub going on with Russia?

Right now it’s all about Syria. Syria is effectively a proxy war between East and West, with Russia backing the near-deposed despot Bashar Al Assad, while the United States and others are supporting anti-Government rebels, with ISIS taking on all sides. It’s an oversimplification of the matter, but it has caused immense tension between Russia and the West that has not been seen since the Cold War itself. 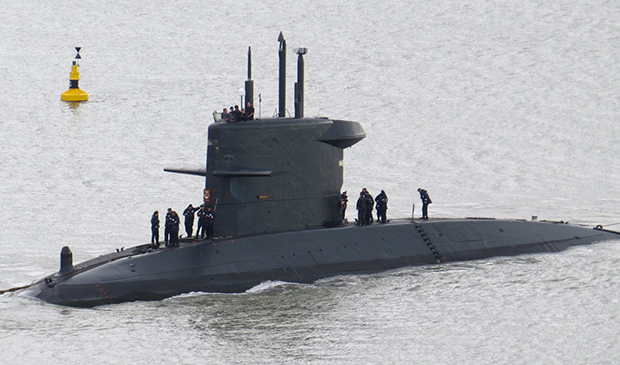 Russia has been using the sketchy communication and misinformation coming out of Syria to their advantage in the conflict. There are many substantiated allegations that Russia isn’t focussing on ISIS at all like they said they would, and are instead primarily fighting the Western-backed rebels. The casualties caught in the crossfire has skyrocketed as the result of Russia’s intervention in Syria, with emergency aid agencies, human rights lawyers, and Heads of State eager to criticize them for a lackadaisical attitude to collateral damage. Russia being Russia, however, just brushed it off as hypocritical Western interventionist rubbish.

Even when it has been proven that Russia destroyed a UN aid convoy in Syria delivering essential supplies to the civilians caught up in the proxy war, they are not deterred by sanctions, condemnation, or public outcry. Putin’s firm grip over Russia is not one that will be broken easily, and as the state-run media projects Russia as the heroes and the West as the villains, it is highly unlikely he will be ousted from power on the back of these actions.

Now, one of the great truths of foreign diplomatic relations is that everybody spies on everybody else. Some spy networks are more prominent and fruitful than others, but everybody does it even though they pretend they don’t. If you think back a few years, you’ll remember the leaked diplomatic cables that revealed the United States was spying on everyone, even its allies. Although feelings were understandably a little hurt, the issue blew over mostly because everyone assumed that was the case anyway.

The Dutch submarine this story involves was doing the standard diplomatic action we can expect of all nations, spying. Given the great interest and anxiety around the specifics of Russia’s military, it comes as a surprise to no-one that their actions in Syria have invited nations to up their spying game to see what Russia is up to.

So did the Dutch submarine get careless? Was there a mole within Dutch intelligence that tipped Russia off to the spying mission? The official line from the Russians is that the submarine was spotted using anti-submarine helicopters, although given the extent of Russia’s spy network it could have been a cover to protect a mole somewhere within Dutch Intelligence. It’s all beginning to sound a bit ‘John Le Carre’ now, isn’t it?

It is entirely possible that the Dutch submarine just got careless. According to reports, it was maneuvering dangerously close to the Russian ships when ideally it should have been hanging back. For an attempt at spying, it was woefully weak. The Dutch are not particularly known for their spying prowess, however. Another nation may have done a far better job at keeping themselves undercover. Thankfully, this attempt at interference hasn’t caused an international incident, though you’d find it quite hard to make relationships between the West and Russia worse than they are already. Communication is frostier than it has been in decades between Russia and much of the Western world. It seems old grudges from the Cold War era are starting to emerge all over again.

Apart from Russia’s actions in Syria, what else have they done that makes them a verifiable potential threat to the West? Cast your mind back to 2008 during the Beijing Olympics, when Russia invaded Georgia in a land-grab to steal the country back. Russia hated the idea of Georgia trying to get into NATO and the idea of the Western boogeyman basically being on their doorstep. The war between Russia and Georgia is generally regarded as an attempt to put distance between them and NATO, but in reality just heated up tensions between the two. Areas still legally part of Georgia are occupied by Russian forces nearly a decade after Russia’s attack.

Flashing forward, you can see a similar situation when Russian-backed separatists in Crimea began the Ukrainian civil war. This time it seemed spurred by potential regime change in Ukraine, as the Russian-friendly Government was overthrown by pro-EU groups looking to align themselves with the West. Russia held back from overtly involving their military, but they provided weapons and support to the separatists. The worst allegations against Russia is that they actively disguised their military as Ukrainian citizens to fight in Crimea, though it’s unlikely there will ever be definitive proof of this.

Syria is a long line in recent Russian aggression and power plays against the West. Considering rumors of bankrolling far-right populist candidates throughout Europe and even the United States (Donald Trump’s connections to Putin may soon be laid bare), Russia may not be exercising their might purely through overt or covert military machinations either.

Their investment in cyber warfare and links to Wikileaks to disrupt the American Presidential election may be the start of a new phase in Russia’s attempt to destabilize the West. Although the Capitalism vs. Communism debate may now be long dead, it appears Russia’s desire to be the dominant world power has not lessened with time. Russia is now a mob State and is using every dirty tactic it has to establish itself as the global top dog. We have interesting, if fearful, days ahead of us all.