If you are a big fan of cars, then you will love Aston Martin’s new project to develop their first electric supercar. After partnering with LeEco, a Chinese consumer electronics group, they have reported that they are taking a step forward with their company and are revealing their plans to deepen the connection between technology and automotive industries.

It would seem like companies such as LeEco, are trying to switch their knowledge with car brands to shorten the gap, and broaden their research from phones and computers. Whereas car brands such as Aston Martin want to embrace internet connectivity which LeEco specialise in, to bring up to date information to their drivers such as traffic updates, with as little delay as possible.

LeEco, isn’t known for its interests in automobiles, but is known as an electronics company which provides branded content through the internet, and offers promising television boxes, and smartphones. Although LeEco hasn’t let it’s expertise stop them in branching forward into new developmental areas. LeEco revealed how they could promote Aston Martin, and potentially how they landed such a huge deal by saying that there are around 300 million people who visit their website in China. They go on to mention that Aston Martin could be advertised for free, even using celebrities could promote the new vehicle. In their words, “This is the way we do business.” How could Aston Martin refuse?

Based on Aston Martin’s Rapide S model, the luxury British car brand and LeEco plan to create an electric car to the absolute perfection. In hope that after it is an actual success, that they can move towards other electric vehicles although no particular vehicle idea was released. Although no financial terms are discussed, we can only imagine how much the car will take to not only develop, but for the customer to purchase.

Andy Palmer – Aston Martin Chief Executive reported at a recent news conference that this is the project that will bring their electric car ideas forward. He also revealed that it would be released in 2018, and would be sold and created in England. So if you are desperate to get your hands on this invention, you’ll have to wait a couple of years yet!

Although the electric car is is still in development, there are high hopes that this could be the first start up electric car, with all of the class and luxuries of an Aston Martin supercar. China are particularly excited about this promise, as they are currently promoting the use of electric cars, to cut down the pollution and smog that overtakes the city. Of course, this has helped the sales in China to almost triple, allowing the country to become one of the biggest sellers of electric cars.

Although everyone may be pretty excited to see this new supercar released to the market, there’s not much of a chance it’ll be easy on anyone’s pockets. Looks like it time to start saving those pennies, if we want to get a taste of the pure environmental friendly luxury that Aston Martin has to offer. 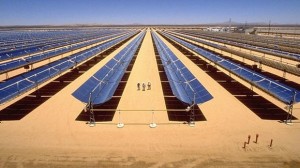 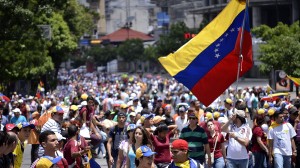 Rent Out Your Car With Nabobil – The AirBnB for Vehicles
Virtual Reality Headset in your McDonald’s Happy Meal Box – It’s a Reality!