A solar plant in morocco is in the works that should see it cover an area bigger than the country’s capital, and take the crown as the largest the word has seen so far. It is a project aimed at seeing the country move from other sources of energy to purely solar. This is all done with the hopes that success will produce surplus power that can be exported to some other countries on the European continent. A section of this massive, environmental project was turned on by the king and is expected to produce at least 160 megawatts.

The plant is set up near Ouarzazate and is built with a technology far from the norm. Rather than generate the solar energy using photovoltaic panels, the engineers opted for the solar thermal option. This technology makes use of mirrors that track the sun and concentrate its rays to heat up pipes that are filled with oil. The oil then creates steam that turns turbines, generating electrical power. This is a better alternative as the oil can create electricity even after sundown, and also hold the energy produced using salt.

Noor 1, the active section is estimated to be producing enough electricity for over a million households. It should also produce electricity continually for around three hours post sunset. By 2018, the full plant should be producing 560MW of electricity, servicing for around 20 of the 24 hours in a day and covering an area of 9.4 square miles.

The plant has actually had adequate funding, with the World Bank backing the project for 400 million, an investment bank in Germany laying down one billion and the cost averaging around 3.9 billion so far. This is expected to be a dry run for other similar projects worldwide and reduce the dependence of energy produced from fossil fuels. 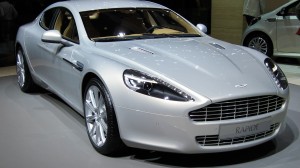