It’s fair to say we live in an age dominated almost entirely by technology. The age of Facebook has brought with it all kinds of new experiences, both positive and negative. Social media took the world by storm, and smartphones have completely changed the way we communicate. It’s no stretch to say that we will never be the same again, and that’s as a result of technology.

Now, there are plenty of big names in the field of technology, specifically communication. People like Facebook founder Mark Zuckerberg, as well as late Apple guru Steve Jobs, but there’s also another name that deserves as much recognition. A name you most probably won’t have heard of, but someone whose work deserved to be studied further – Guglielmo Marconi. This is his story, and the tale of how he shaped the world of communication.

Guglielmo Marconi was born in Bologna, Italy, the son of wealthy parents, and he developed an early interest in science, electricity, and engineering. Marconi is best-known for his work in the field of radio transmission and is widely regarded as the inventor of the radio. In fact, one of his earliest breakthroughs was the discovery that a signal range could be extended by raising the height of the antenna, as well as grounding the transmitter and receiver. Big news in 1894, but few in his native Italy were impressed, causing Marconi to head for Britain instead.

Once Marconi reached great Britain he was able to find a patent and gain investors so he could continue his work. He decided to look at the way radio waves worked, and whether or not they followed the curvature of the Earth, but he needed the right place to do this – and Britain wasn’t it. Knowing that he would need to choose the exact right location, Marconi began to scour the United States, and North America for the ideal place to make his transmission experiment a success. 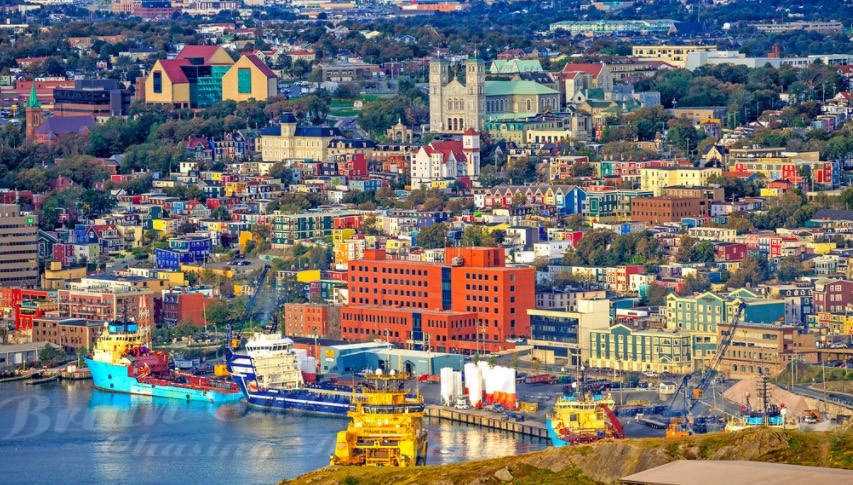 Marconi’s first choice was going to be Cape Cod, but there were too many issues here with the signal being blocked as a result of the storms on both sides of the ocean, and the project was a failure. This led to the Italian moving further North, into the colder climbs of Canada, and heading to the city of St. John’s in Newfoundland. Specifically, a large hill that would claim the name Signal Hill. This wasn’t the farthest point East in North America, but it was certainly well protected from storms, and wound up being the perfect place. On the other side of the Atlantic, the chosen location was the rocky coastline of Cornwall.

The experiment itself took place on December 12th, 1901, and would change the face of communication forever. And finally, after years of work and effort, Marconi was able to send, and receive, the first ever transatlantic transmission. This paved the way for all manner of communication technology to follow after, and made Marconi a household name. He received the Nobel Prize in Physics in 1909, and his legacy lives on.

St. John’s is an unlikely place for making history, but, because of the Marconi link, this Canadian city is one of the most important places in the world. If you are ever lucky enough to take a trip here, you will be able to visit the Marconi Wireless Station at St. John’s International Airport. It’s also worth taking a trip to Signal Hill and snapping a selfie. Just make sure you thank Marconi when you do!