It seems like one of those things that gets talked about a lot, but no one really seems to have any answers. Artificial intelligence – is it really something we should start getting scared about? With technology advancing at a rapid pace, and plenty of sci-fi horror films out there, will computers eventually take over the world?

While there are plenty of experts and scientists working on creating AI systems, there are some who are looking at something a little bit different. The founder of Tesla and SpaceX, Elon Musk, is a man with a bit of a unique mission. He’s put up a bounty of £10 million for those who can come up with technology that can control Artificial Intelligence. His movement, which also has Stephen Hawking as an honorary member, is one that seems to have sparked more fear than relief. Especially when he said that AI would be like “summoning the devil”, and that we could soon become pets for supercomputers… That hasn’t exactly made many of us feel at ease, but he’s not the only one to echo this sentiment. Jerry Kaplan, the author of Humans Need Not Apply, has also compared humans to pets if supercomputers were to take control.

So, how far away are we from becoming the pets of computers? As it stands, we’re quite a long way off from Artificial Intelligence becoming a real threat. While there have been many advancements in the field, it’s still almost impossible to create computers that think and feel like humans. This is the key to AI, as a computer must be able to process complex thoughts and emotions in the same way a human does. There are systems out there that can think a lot quicker than people. Perhaps one of the most famous of these quick thinking machines is Deep Blue which became the first computer to beat a chess champion back in 1997. We have also seen the likes of the question answering system from IBM which beat two Jeopardy! champions in 2011. More recently, we’ve seen various tech companies adopt different forms of AI for things like robots, facial recognition software, and programmes. Thankfully, there is no real way of instilling human emotion into any kind of machine as of yet. However, scientists and researchers have been working night and day to create some kind of supercomputer that does tick those boxes.

Are you scared yet? And is it something we should really be fearful of? Realistically, we’re not going to see robots taking over the world anytime soon – certainly not in our lifetime. However, if the technology behind AI keeps advancing at such a rapid pace then it could be something we need to start planning for. These machines could want to vote, procreate, have control over their own ‘lives’… Basically, have the same kind of basic human rights that you and I have. There then becomes an issue as to what rights a computer should have, when it can think and feel like a human. Should they have the same rights? Would there be an uprising? How quickly would they work out they’re far more intelligent than us? When that happens it’s only a matter of time before we become their pets, as Musk would say. Now that really is something to be quite fearful about. 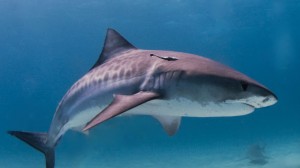 Our Planet Has Entered a New Geological Age – What Does That Mean For Us?
Could Virtual Reality Help Astronauts on Mars?