What exactly is artificial intelligence? Is it the voice-activated command system on your Smartphone? Is it a computer that can beat a human in a game such as chess or poker? Is it a machine that takes over a job that was traditionally done by a human?

All of those things already exist. And we used them every day in myriad different ways.

But what if artificial intelligence is more than that?

What it if is totally, utterly real and it is already in control?

Would we actually notice? Or would we simply just go along, carrying on as normal, accepting everything that we are told and offered with barely a whimper… The thought, while spine chilling, isn’t actually something totally incomprehensible. 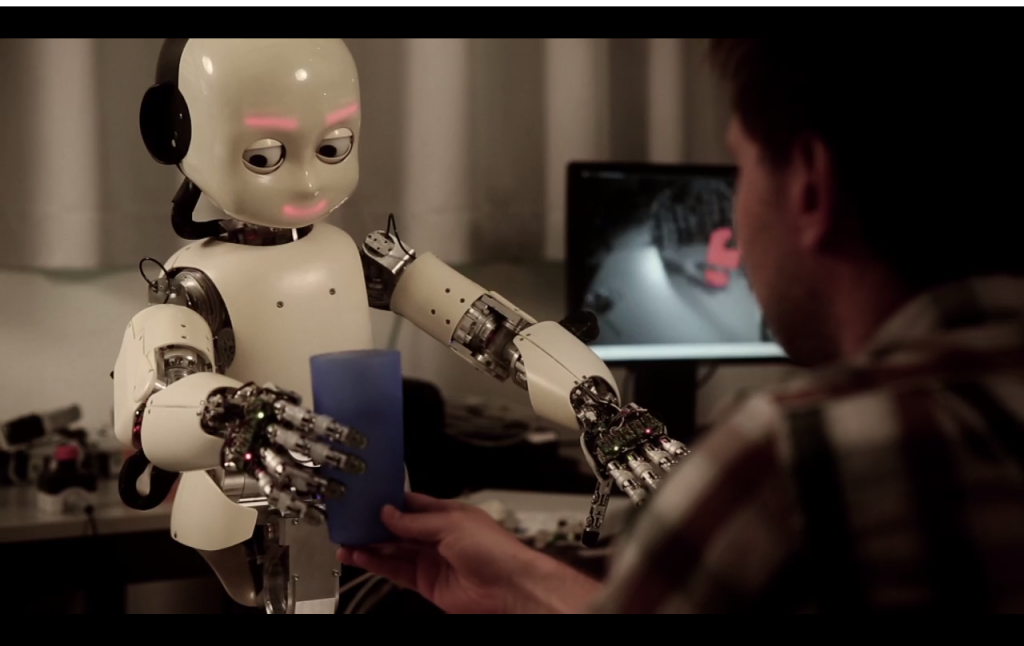 A Huge Rise in Robots

Last year, the number of robots used in factories instead of humans rose by a staggering 225,000. Not only that, but there is now a hotel in Japan called the Henn-na which, apart from being luxurious and pretty blooming expensive, doesn’t employ any humans at all; it’s all robots. They’re humanoids, which means they are made in the shape of humans, but can they think like humans? Can they reason? Can they make decisions?

Artificial intelligence (AI) doesn’t even have to look human. Consider the capabilities of a Smartphone or laptop today in the 21st century. Think about everything it can do. At the moment we are in control – just about, although the problem of phone obsession is a widening one – but how long will it be before the technology exists to allow these devices to plug in (literally? Let’s hope not, but why not? Why wouldn’t it actually happen?) to our minds and be able to pre-empt whatever it is we need? And the thing is, we’ll probably love it – the early adopters will be queuing up for days just to get their hands on this life-changing (ha!) technology and everyone else will watch it all on the news and shake their heads and laugh… but before long it will be the norm. There will be people queuing up outside the Apple Store, waiting to get their hands on the next big thing. The technology that can enter our minds and think like humans. Tech addicts will love it and the rest of the population wouldn’t be too far behind.

We’ll wonder how we ever lived without it.

And therein lies the big question…

Did we ever live without it at all?

Or has it always been there, this artificial intelligence that knows so much and can do so much?

Would we even know the answer? Have we been living under the rule of AI for decades, for centuries, without having any clue?

There are some who believe that there is a conspiracy within the world’s governments to cover up the ‘fact’ that aliens have made contact and, more than that, that they have colonised on earth. But what is more believable? Aliens living amongst us, or machines that think?

Artificial Intelligence has to start somewhere. And it starts with a clear set of instructions which give it its objectives – these objectives cannot be deviated from because the machine itself has no concept of being anything other than what it actually is. There is no more for it.

The machine cannot suddenly become sentient; that’s fact. Our toasters aren’t about to get up and throw themselves into our baths late at night in order to assassinate their ‘owners’. And it’s unlikely our fridges are going to try and trap us in them, to freeze to death.

So do we really need to worry?

Yes. Because although machines aren’t human, programmers are and they can make mistakes. They can even purposefully confuse the objectives of the AI machine, causing it to begin to learn, to think, to react rather than simply act out its mission in ‘life’. One wrong piece of code, one distracted programmer, one person who wants to live a life under the rule of robots and who can design a code to do just that, and it is done. We’re doomed.

And maybe… just maybe… that has already happened.

We wouldn’t know. Not if the machines kept quiet. Not if they waited until they were designated to start their take over on a pre-programmed, pre-destined date at some point in the future.

So to answer the question, no – we would not know if AI had already taken over. We are slowly but surely welcoming it into our lives, thinking we’re in control, when all the while it is the machine that is programming us to think in its terms.

Where can we go from here?