He is man’s best friend, he helps us feel less lonely, he helps shepherds guard their flock and he helps find cadavers. Dogs have been many a man’s constant companion for years but the fact that they help find cadavers is often forgotten or overlooked. In a new study, researchers – fully aware of the important role dogs play in locating murder victims or victims of natural disasters such as earthquakes – have tried to find a way to aid these dogs with their work.

The human smell of death has interested scientists increasingly in the past decade and researchers at the University of Leuven in Belgium were approached by the the Belgian Disaster Victim Identification Team in 2010 to look into it more thoroughly. The team approached Eva Cuypers, an analytical chemist, and asked her to help them find a better way to train their cadaver dogs.

This request brought about a study conducted by Eilen Rosier, one of Cuyper’s graduate students. In her study, she prepped jars with screw caps, each with a different tissue. Next to other animal tissue, these jars contained remains from rabbits, turtles, moles, pigs, birds, and fish, as well as tissue samples from six different human cadavers. The jars were stored in a closet and through holes in the lids – which also let in air – she was able to take samples of the gases that built up inside. 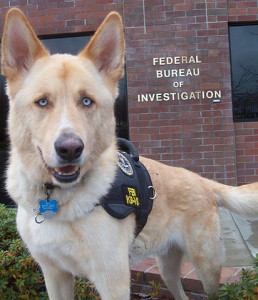 Over the six months of her study she managed to identify 452 different organic compounds. The trouble came when she had to figure out which of these gases were produced by rotting human cadavers in particular.

Historically, pig cadavers are often used as a replacement to human cadavers. Not surprisingly, human cadavers are not always readily available for testing and pig remains are similar to human remains in many ways, including body fat, hair and gut microbes.

Initially, Rosier concentrated on sulfur-containing compounds since they, at first glance, seemed to be different depending on the cadaver parts. They did, however, also disappear after a while and not every human tissue sample seemed to produce them when composing. Further study revealed that esters were much more promising for distinguishing between the samples.

The hope is that it could be possible to use a mixture of the isolated compounds to use in the training of cadaver dogs, essentially producing a synthetic smell of death.

The study is not viewed as a breakthrough by everyone, as some important factors could not be replicated in the lab conditions. For example, it is impossible to say if the dogs are really only using these esters to find a body. The fact that the study used tissue parts – and not entire corpses – is also a hindrance as different tissues might produce different gases when decomposing. Normally, the bodies would also not be decomposing in glas jars and sterile conditions, but rather out in the open.

Should the mixture prove to be a success, it could either make the work of cadaver dogs much more efficient or actually even make the dogs altogether superfluous, as the mixture could be used to develop an electronic nose. While dogs have a sense of smell that is between 100 and 1000 times better than that of a human, electronic noses could be equally as good, if not better, than dogs’ noses. Even if that should be the case, however, it is highly unlikely that humans will start viewing their relationships with dogs as superfluous.