The rumour mill has been officially turning about the iPhone 7 – from practically the day the iPhone 6 was released. So, what can we expect from Apple’s next offering? Let’s take a look at some of the news and rumours that have been circulating over the last few weeks.

One of the most recent (and most disturbing) pieces of news is that the iPhone 7 may not have a headphone jack in order to keep it super thin. It’s reported that Apple are planning on getting rid of the 3.5mm headphone port in an effort to make the 7 around 1mm thinner. This means you’d only be able to use your headphones through their Lightning Port or wirelessly. Looks like wireless headphone stocks are going to shoot through the roof! Plenty of people have scolded this move, including environmental experts who believe it will have a serious impact on our planet – after all, what’s going to happen to all those discarded, wired headphones?

While there are plenty of rumours flying around as to when the new iPhone 7 will actually be launched, one of the most likely dates will be in September 2016. Looking at past releases and input from the experts, it seems as though we don’t have that much longer to wait for a new iPhone; some have even said Apple are trying to move the launch further forward.

Apple are renowned for completely changing their designs for each new launch – unless you look at the S version of each iPhone. We’re expecting some big things from the 7, although no one has any exact information as to what exactly that could be. Many people have mentioned a bezeless display, although as history has proven this is quite difficult to pull off. Of course, we do have a good idea that this could be the slimmest iPhone yet – especially if they do get rid of that headphone jack. Other rumours flying around include an all-metal casing that’s built to last, which could prevent some of those nasty chips and scratches iPhone users are so used to.

It’s not just the design we’re interested in knowing more about, however. What we really want to know is how much more powerful the new iPhone is going to be – and what is going to happen to battery life. Many users report that they have a better battery life on their iPhone 6 than any previous models, so could Apple continue to improve this? They have been rumours that the new iPhone 7 is also going to have a higher screen resolution and a far more powerful processor; these are all things we’d expect from a newer model.

Overall, there are plenty of things we do and don’t know about the iPhone 7 so far. We do know it’s likely to be released in September 2016 (if not just before) and there’s a strong chance it will be the slimmest iPhone yet. While everything else is pure speculation, there are some valid reasonings behind the rumours we’ve covered. All we can do now is wait for Apple to make their announcement. 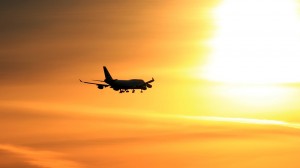 New Study Shows What Information Apps Are Taking From You