Samsung recently sent out a public warning to urge owners of its new Galaxy Note 7 phones to either discontinue the use of, or exchange the phone, as they have a risk of exploding. A recall was done on some 2.5 million phones this past week, after reports came out about the device exploding during or just after being charged. Also, airline passengers were warned by authorities in the US not to use the phones while on the plane. 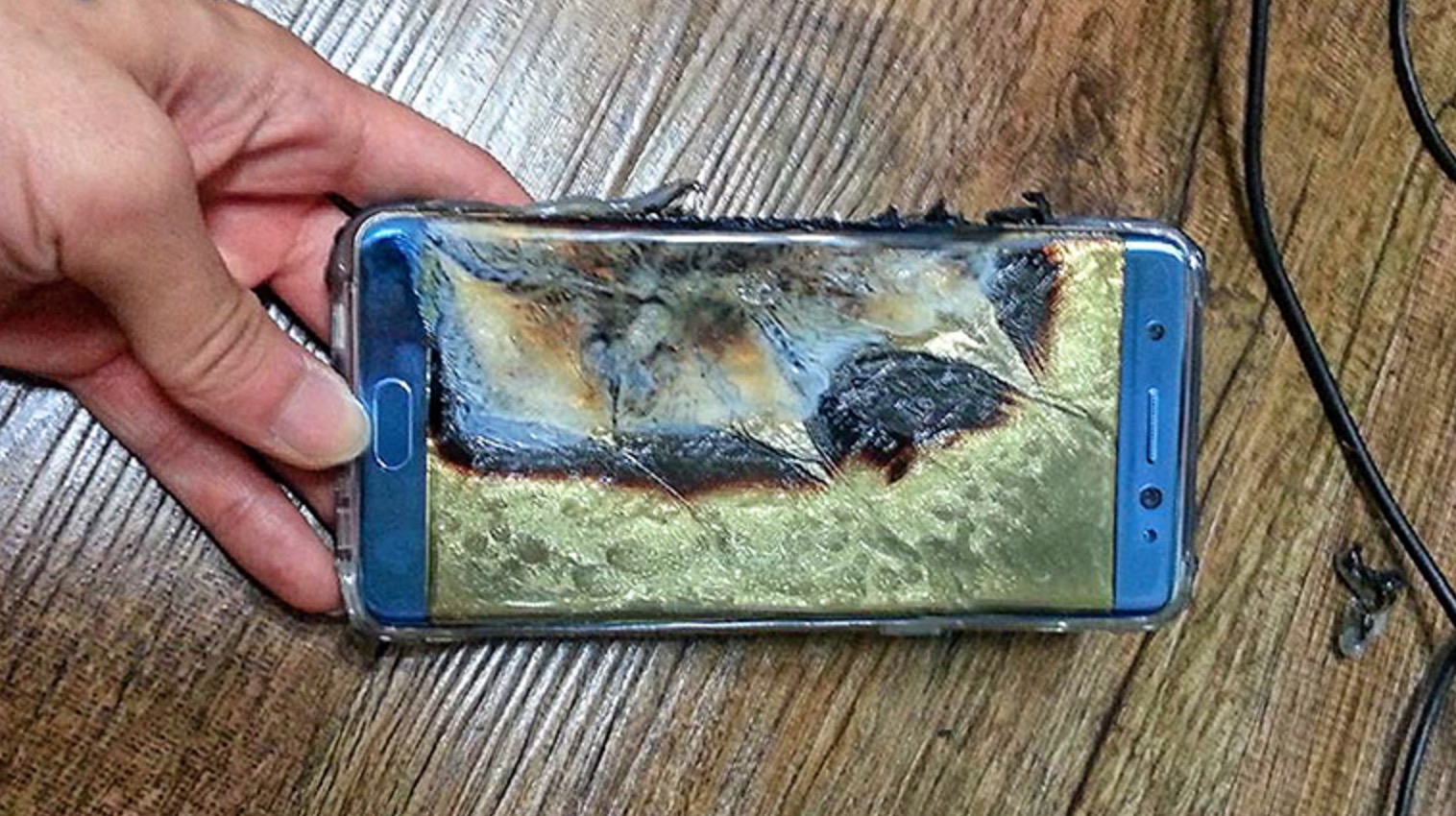 Samsung said that it would replace all devices that were submitted from the 19th of September. As the world’s largest maker of phones, they stated that their customers’ safety is a main priority for them. They also urged customers to use a replacement phone in the meantime, and to return the device to wherever it was purchased from as soon as possible.

Last week, aviation companies in the UAE banned the use of the phones on both Etihad and Emirates airlines. One might be curious as to what exactly makes the phone likely to explode. It has to do with the cathode (lithium with anode) battery.

Essentially, if this kind of a battery charges too quickly, which generates heat, lithium plates can form around the anode, creating a short circuit. Generally, you would have a battery system that manages and controls the pace of charging, similar to a “boss.”

Batteries are created to be optimized, and not to charge too quickly. Hence why waiting for your phone to charge can seem rather slow, when it’s really supposed to be that way.

Other issues that can cause a short circuit, include contamination of small pieces of metal when the phone was produced, which might not become clear until the battery has been charged a few times, causing expansion/contraction. Still, manufacturing has become a lot more strict during the past decade or so.

Battery packs can also be problematic. Batteries that consist of 12 cells, for example, are easily accessible for laptop use. The more that the product consists of, the higher risk it has to fall apart.

Unfortunately, all it takes is one mistake when a phone is produced to wreak havoc. On a couple of other airlines, similar bans have become part of companies’ policies, and are being reinfored.

In addition, the US Federal Aviation Administration (FAA) has discouraged packing the Galaxy Note 7 into any luggage that has been checked-in.